Several audio clips from Shogun Assassin are used on rapper GZA’s classic album Liquid Swords (produced by RZA). In addition, the film is invoked in Kill Bill Vol. 2 (for which RZA provided original music) in the end scenes where the protagonist and her daughter watch it as a bedtime story.

Mark Lindsay (former lead singer for Paul Revere and the Raiders) co-wrote a new musical score with producer W. Michael Lewis. The electronic music was performed on a Moog Modular synthesizer system at Wonderland, Lindsay’s private recording studio. (The performance is credited to “The Wonderland Philharmonic”.) However, certain music portions from the original Kozure Ôkami films are still part of the soundtrack. 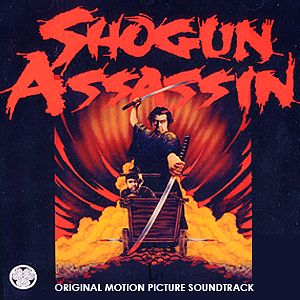