Grit Grammar is a London based hip-hop artist, who has been performing and developing his craft for years whilst releasing music under his own fully funded record label BTS Recordings. Grit has developed a unique image and musical identity away for the standardised stereotypes of the genre, and has focused on creating accessible music that draws deeply from his personal life experience, whilst maintaining a dedication to the art of lyricism, complimented by carefully selected, forward moving, sample driven soundscapes.

With his official debut album ‘Life Music’ (which has already been championed by Radio 1xtra, and had a further single featured in Hip-Hop connection magazine), Grit aims to fully establish his UK fanbase before branching out beyond the confines of the homegrown market, and infiltrating the international market with the help of some high profile collaborators’.

‘Reflection in the Dark’ is a collection of 13 original tracks written and recorded between 2004 –2008. In reality most of the tracks are from 2004-2006 but has a couple of newer joints in there as well. Production from producers such as Baron Samedi, Complex, Creep, I.C, Soul Coke, Shrunken Bones and Guice. Baron Samedi is the only feature on the album. It’s basically a select choice of cuts from his earlier days of recording, that was put out as a free promo project to start getting his name out there before the official solo drops. 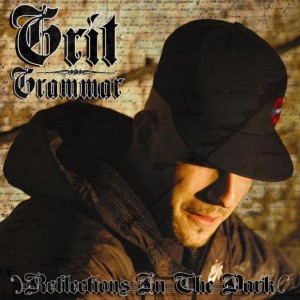