‘Album Of The Year’? It’s a bold claim but a lot of folk are saying the title’s justifiable. This album has beats which bang incorporating some pretty heavy rock drumming and that dope shuffling synthiness you’ll have come to expect from the Detroit producer. This album might remind you, of the times when Kanye used to get things so right although Black Milk is a better rapper, not dissimilar to Jay-Z, strangely.

In 2004, he formed B.R. Gunna, with Young RJ, and Fat Ray, and together they released Dirty District: Vol. 2, a follow up to a compilation released in 2001 by Slum Village, which he had contributed production to. Black Milk released a solo album, Sound of the City, Vol. 1, the following year and in 2006 he signed a record contract with Fat Beats Records (Fat Beats is currently distributed by Koch Entertainment, the largest independent distributor in the U.S.). In the fall of 2006, he released an EP, entitled Broken Wax. March 13, 2007 he released a second album, Popular Demand.

In addition to Slum Village, Black Milk has worked with the likes of J Dilla, Elzhi, Phat Kat, Frank-N-Dank, Lloyd Banks, Canibus, and Pharoahe Monch, and handled most of the production on T3’s Olio mixtape of 2006.
In the Winter of 2007/2008 Black Milk paired with Aftermath recording artist Bishop Lamont to release a mixtape entitled Caltroit, which was nominated for Best Hip Hop Mixtape at Justo’s Mixtape Awards.
Black Milk released an album with Fat Ray entitled The Set Up on March 4, 2008 and his third official solo release “Tronic” on October 28, 2008. He also handled the majority of production on Elzhi’s album The Preface, released August 12.
Elzhi’s “The Leftovers Unmixedtape” was released on December 11, 2009. Black Milk produced four of the tracks on it.

On December 25, 2009, he leaked the first single from his forthcoming album Album Of The Year, the song is called “Keep Going”. He has also released two more singles named “Welcome (Gotta Go)” and “Deadly Medley” featuring Royce da 5’9″ and Elzhi.
On August 22, 2010, he released music video for “Deadly Medley”. Video features Black Milk, Royce da 5′ 9″ and Elzhi.
Album Of The Year was released on September 14th 2010 through Fat Beats and Decon.
The album charted on the 5th place in iTunes Hip-Hop Charts on first day.
Most recently, Black Milk has been praised by the likes of Rah Digga and Bun B. 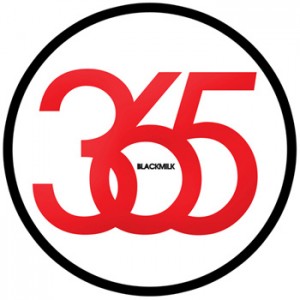