(Audio) One In The Jungle Archive

I found a load of old cassettes the other day and one of them was a recording of “One in the Jungle” from 1996. I went in search of a digital copy only to find an entire archive of almost every show that had been broadcast. Check it out here: www.oneinthejungle.com.

Jungle Blitz ’96 was the mix I had on cassette though and although it’s not by one of the better known DJ’s, it’s still well worth a listen! 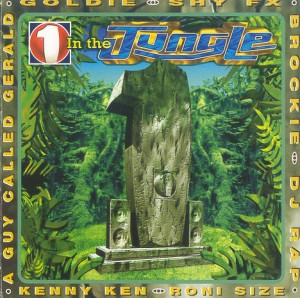 One in the Jungle was Radio 1’s Friday night showcase which gave Jungle a platform on the station for the first time. It put DJ’s and producers into the limelight and broke down barriers which had been keeping the music underground for so long.

The studio shows were pre-recorded and played out as live in the original Kool Fm style. The featured artists would choose the MC they wanted to front their mix.

It began with an hour long pilot show from the week before the first show which went through the history of jungle and interviewed artists such as ‘A Guy Called Gerald’ and Roni Size.

The first series was broadcast at 10pm on a Friday. The complete listing of these broadcasts remain a mystery although we are nearly there.