Dead Noise & WD4D join forces for their debut instrumental release, the After School EP1. The name derived from weekly meetings which they jokingly dubbed After School Club; an opportunity for the two beat makers (and others) to exchange techniques & collaborate on new music.

This new release is the progression of sounds you may have heard from these two in the past. Electronic influences becoming more apparent & mc guest spots no longer present. These new tracks stand on their own as spaced out, futuristic odes to the hip hop these two producers were raised on. Dj friendly & ready to find their way into your playlist, this is music for those in the know / now! 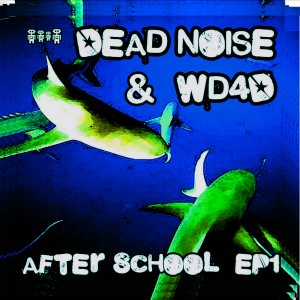