DOWNLOAD Black Belt Jones
Dennis Coffey was a studio musician for many soul and R&B recordings.
As a member of the Funk Brothers studio band, Coffey played on dozens of recordings for Motown Records, and introduced the wah-wah guitar sound to Motown record producer Norman Whitfield’s recordings, the most notable of which is Cloud Nine by Temptations. He also played on Edwin Starr’s “S.O.S. (Stop Her on Sight),” The Isley Brothers’ “It’s Your Thing”, and Freda Payne’s “Band of Gold”. In addition, Coffey scored the blaxploitation film, Black Belt Jones.
In 1971, Coffey recorded “Scorpio” which was a million selling instrumental single that peaked at #6 on the Billboard pop chart. The instrumental track featured the former Motown “funk brother”, Bob Babbitt on the bass. This received a gold disc awarded by the Recording Industry Association of America on 9 December 1971. The follow-up in 1972 was “Taurus”, both credited to Coffey and the Detroit Guitar Band. Since then, he has recorded several solo albums, most of them for the Sussex and Westbound labels. While at Sussex Records Coffey arranged and produced along with Mike Theodore the million selling “Nice To Be With You” by the group, Gallery. 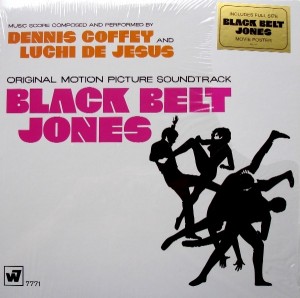