Dimlite is the main alias of musician/producer Dimitri Grimm, born 1980 in a tiny village in Switzerland, currently residing in Switzerland’s capital, Bern. With his father being a casual multi-instrumentalist and his grandfather a contemporary classical composer, the apple hadn’t had a big chance to fall far from the tree.
After releasing a first EP (A/DD, 2003) and two albums (Runbox Weathers, 2005 & This Is Embracing, 2006) on Berlin label Sonar Kollektiv and occasional touring with his liveproject he is currently finishing his third full-length, which will see light of day in spring 2009. 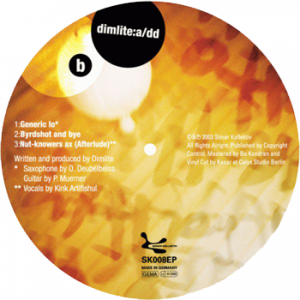