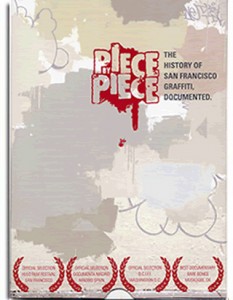 Piece by Piece is a groundbreaking film that documents San Francisco’s highly controversial graffiti art movement. The story offers an intimate journey into the most intriguing and misunderstood artistic movement of modern youth culture by detailing the last 20 years of San Francisco graffiti art. The film explores the history of graffiti in other parts of the country and elaborates on how San Francisco became an international magnet for innovative graffiti styles yet to be seen in other parts of the world. It also examines the wide range of public opinion towards this admittedly illegal art form by giving a voice to the citizens of San Francisco and law enforcement officers. The film captures the artists’ heartfelt confessions of their love and addiction to graffiti art and typographic lettering, as well as their social activism and the short life span of their work. 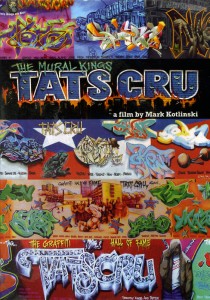 The film follows the world famous TATS CRU as they produce their mural for The Graffiti Hall of Fame in Harlem and prepare to uphold their title of “The Mural Kings.” Inter-cut with exclusive interviews detailing the journey that started twenty-five years ago, as three Bronx teenagers began their artistic careers by creating subway graffiti. 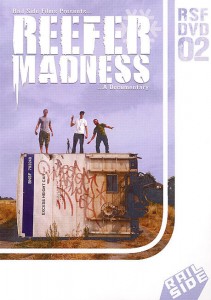 Reefers are refridgerated box cars. This film took nearly 6 years to make as it follows Canadain artist FATSO on an understanding of what makes the frieght yards similar to the subway yards. The main difference is, the freights travel all over the USA rather than being restricte to a single city.
This film will appeal to ANY writer and is a great documentary.