Mud Family is a north London-based UK hip hop crew formed by Skinnyman, Mongo and Chester P in the 1990s. They released a number of EPs and singles on vinyl, including the classic Itchy Town. Over time, Mud Fam’s membership expanded to include Mr Tibbs, Uncle Festa, SuparNovar, Nassar, Farma G, Little D (aka Sincere), Mosey and Nebular. The expanded line-up released the Mud Family EP in 2002 but since then have been quiet as a collective. Skinnyman found solo success in 2004 with his solo album’s release on Lowlife Records, while Chester P has been concentrating on the music he produces with his brother Farma G as Taskforce. Mongo, meanwhile, has kept a very low profile in the scene since the release of a controverial dis record aimed at Blak Twang, entitled “Blak Twat”. The largest success from any of the other crew members has belonged to Sincere, for the single “That’s Not Gangsta”, which received (relatively) heavy radio and TV airplay. 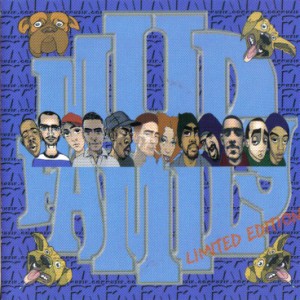