Stones Throw subsidiary Now Again is out to prove that it’s not just a reissue label trying to dig up yesteryear’s lost gems; it’s also out to prove there are still some dope sounds being constructed today. After last year’s Heliocentrics release featuring living legend Malcolm Catto bringing together a group to record a trippy freeform jazz/funk odyssey for a sound appropriately entitled “Out There,” the label follows it up with an album of jams rooted in afrobeat rhythms with funk undertones.

Former Poets Of Rhythm guitarist and producer J. Whitefield funks out with Malcouns founders Thomas Myland and Zdenko Curlija along with Karl Hector and a host of others. The results may not have you doing the worm at the discothèque, but don’t underestimate this music’s headnod factor.

Clocking in at just over 45 minutes, the mostly instrumental disc grooves through world rhythms and nu-funk simmered with a dash of tasty rhythmic seasoning. Throughout the set, intermissions lead us from one course to the next. “Rush Hour,” which leans less on afrobeat and more toward traditional funk, hits you with a swirling organ, steady bass, and tight snares. One section even sounds like killer bees swarming! 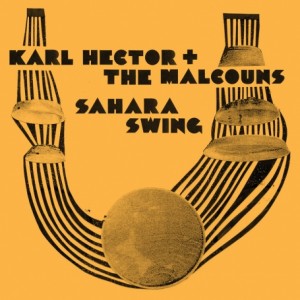